GM CROPS UNDER ATTACK IN FRANCE 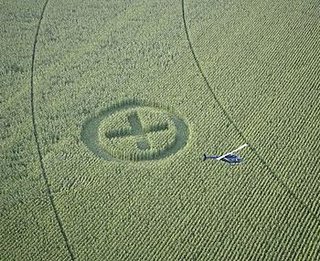 France is set for an explosion in GM corn planting this year, according to a recent USDA GAIN report.

The Global Agriculture Information Network (GAIN) study said that French Bt corn acreage is expected to boom from 500 ha in 2005 to 5,000 ha in 2006, as a result of the economic advantages experienced by Bt corn growers in 2005.

But many, many are not happy about it.

And in a few actions taken the last few weeks, some are saying as much as 40% of France's genetically modified crops have been destroyed.

Meanwhile, the European Commission has been ruled guilty of "maladministration" after hiding documents from Friends of the Earth Europe that reveal scientific concerns about the safety of genetically modified foods. The Commission falsely used the premise that World Trade Organization (WTO) disputes should involve the secrecy levels of court cases.

The official ruling was announced by the European Ombudsman July 17. The documents concerned related to the European Communities dispute at the WTO, in which the United States, Argentina and Canada claimed that Europe's precautionary approach on genetically engineered foods was a barrier to trade.

Adrian Bebb, transgenic foods campaigner for Friends of the Earth Europe has said, "Genetically modified foods are a sensitive issue in Europe - most people are totally against them. Keeping papers that discuss their safety secret is a disservice to the public."

The Environmental News Service reports the disputed papers outlined scientific concerns about the long term safety of transgenic foods and crops. Further papers, also released to Friends of the Earth Europe earlier this year, outlined these concerns in more detail, warning that cancer and allergies caused by eating genetically engineered foods cannot be ruled out and recommending that these crops should not be grown until their long-term effects are known.

The following comes from the web site Checkbiotech.

A headline you are unlikely to read in the United States has been appearing in various versions in the newspapers of southern France this past couple of days.

"Mowers attack harvest" is the general theme. The mowers, however, are not mechanical but human. And the crops they are attacking are genetically modified.

It's an issue that provokes a big yawn in the United States -- if that. But if you want to get blood running high in Europe, just mention the name Monsanto or the words "genetic engineering," which is what the science of modifying the natural makeup of plants is known as in America.

In the middle of last week, in another field in the region, Greenpeace activists chopped a giant cross through the maize -- the universal danger sign for "contamination."

A court had ordered the French branch of the organization to remove from its Web site a map depicting the sites of GM maize fields across the country. So the protesters are marking them for real -- and have threatened to continue to do so until an official register of GM fields is made available to the public.

Last year it was revealed that 500 hectares in France have been planted with GM crops. A U.S. Global Agriculture Information Network report predicts that figure will have soared to 5,000 by the end of this year.

"Our goal," one of the protesters participating in Sunday's destruction explained to Sud Ouest newspaper, "is not to make an attack upon farmers' revenues, but to denounce what is happening until a genuine public debate on this question (of GM crops) is established."

The demonstrators plan to reimburse the farmers for the value of their damaged crops.

Between 1999 and 2003 the European Union banned GM food imports -- which the U.S. food industry claims has cost it around $300 million in lost sales. Earlier this year the World Trade Organization ruled this a violation of trade rules.

The number of "mowers" ready to destroy crops at the risk of five-year prison sentences or a fine of 75,000 euros ($96,000) is on the rise. In 2003, 300 were registered by name with various anti-GM organizations. This year 6,200 are on the lists. Commercial cultivation, they believe, is illegal since it does not conform to official European directives on the planting of GM crops.

Proponents and producers of genetically engineered foods and crops have made a poor job of marketing them to consumers in the EU member states as safe to health and the environment. The EU's ruling body has been unable, despite voting on more than 10 occasions on allowing their formal introduction, to reach any agreement.

So far, the map of GM fields in France appears on the Web site of the Confederation Paysanne, the peasant farmers' union formed by José Bové, the militant French farmer who has destroyed a Novartis seed production factory and a branch of McDonald's as part of his fight against GM crops. Bové, who wants to see the creation of an independent world court that would protect non-GM agriculture, has called for the continuation of their destruction.
Posted by Oread Daily at 2:01 PM