ON THE COMMON, UNIVERSALITY, AND COMMUNISM 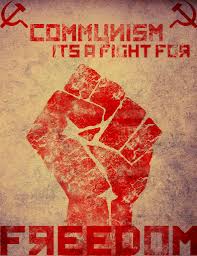 Theoretical Weekends at Scission with another long one.  This is a conversation between Etienne Balibar and Antonio  Negri.


Thanks to Khukiri for this one.


Equaliberty, the common, and communism

Print This
The following discussion between two major representatives of contemporary radical political thinking is based on a symposium held in April 2009, with both participants subsequently revising their verbal remarks for publication in Rethinking Marxism.

Balibar: I truly believe that the current crisis, if it is really what a deep crisis, a global crisis, a crisis not only of certain, say, economic mechanisms, but a crisis of civilization including the kind of world order in which we live—this will force us to more or less completely rethink, revise, redimension the political and theoretical categories with which we have been working in the last period.
My question finally would be the following: not “what is communism?” (how is it defined? how is it ontologically grounded? what are its material or immaterial bases?), but rather, “who are the communists?” (therefore also where are they? what are they doing?).
Negri: The current economic crisis indicates that the overcoming of capitalist domination might be easier than we ever hoped. So the equilibrium of governance might be broken or subverted and the ‘common of the multitude’ might have the upper hand over the ‘communism of capital’.
My problem as a communist is not only seizing power, but also what to do with it once it’s seized (and the whole history of class struggle, both before and after the seizure of power, is clearly a process of transition from this standpoint). So, what to do with power? Our discussion on communism starts here.

On the Common, Universality, and Communism

A Conversation between Etienne Balibar and Antonio Negri

Introduction by Anna Curcio and Ceren

uk
Communism is the specific idea around which we want to structure this conversation…. In Toni Negri’s recent writings with Michael Hardt (Hardt and Negri 2001, 2005, 2009), communism is thought from an ontology of the common. The common is both the presupposition and the product of social cooperation. It is a potential of expanding social cooperation which attends the paradigmatic transformation of productive forces toward immaterial production and the prominence of new forms of labor in contemporary capitalism such as affective labor, creative labor, and the increasingly socialized production of knowledge and communication more generally. The common refers to a form of socialization that breaks down the former divisions between work and life, between production and reproduction, and between material and immaterial.
In Etienne Balibar’s and some post-Althusserians’ recent writings, communism and related concepts of social emancipation are thought in relation to a paradoxical idea of universality, one that is simultaneously impossible to realize and yet necessary for politics. Against the false universalisms of communitarianism and commodity fetishism, this paradoxical universal both presumes and politicizes the internal limits of any formation. Balibar’s name for this “ideal universal” is equaliberty (

). By stating that equality and liberty are inseparable, the principle of equaliberty questions the limit of any discourse and extends the emancipatory potential of rights beyond their current exercise (see Balibar 1994, 2002).
We want to explore the theoretical and political implications of these two approaches for how we understand and practice communism in our conjuncture—more specifically, in the context of the current global economic crisis….

A particular argument proposed in Multitude and further developed in Commonwealth is that financialization crystallizes the way in which the value of (the present and future) social cooperation and living labor is homogenized, subjected to abstraction through money, and expropriated by capitalism. In this process of financialization, we locate a particular subjective support. As a substitute for the disappearing welfare state, the process of neoliberal financialization interpellates individuals as managers of their consumption and retirement plans as well as entrepreneurs of their own human capital. In the face of this subjective support of financialization, how do we distinguish the affects, desires, and forms of cooperation that produce the common from those that reproduce capitalistic cooperation? In this sense, is there not a role for ethics (beyond an ontology of the common) in the production of the common? Could we imagine communism as the name of such an ethics? Furthermore, given the displacement of the welfare state by the process of privatization and individuation, how does the idea of the common enable us to rethink, or perhaps think beyond, the relationship between the state and the public?

As the response to the current crisis borrows from the protocols of Keynesian demand management, not only do discourses on equality begin to be articulated in the public sphere (both by its conservative detractors and liberal proponents) but also calls for a moderation of the unbridled pursuit of private property begin to be voiced (both by conservative moralists and liberal humanists). It seems to us that these pronouncements of equality and moderation support a particular regime of distribution and stabilization that will not necessarily do away with the historically overdetermined social hierarchizations and regimes of “internal exclusion” on the basis of race, gender, class, ethnicity, sexuality, and so on. In this conjuncture, through what political demands can we extend and intensify the emancipatory potential of equaliberty? In what ways might these demands be continuous with, or depart from, those social rights that constitute the public under the welfare-state form? Could we imagine communism as a supplement of class struggle that pushes equaliberty beyond the horizon of Keynesian pragmatics, entitlements, and morality (i.e., beyond liberal capitalist democracy)?

Toni Negri: I think that in order to get straight into the questions we have to draw a distinction, in the concept of the multitude, between the singular subject regarded as labor power—living labor in social production—and the subjected individual identified in the political order of citizenship. At this stage of the crisis of financialization and in the processes of struggle that emerge in such a situation, although the distinction I draw does not exist in reality (the two are indistinguishable in fact because they function in relation to one another), it permits us to confront the questions posed by Michael Hardt and me (and we do not claim to represent the current of operaismo as a whole) and by

This conversation, in which Toni Negri participated through videoconference, was the opening address at “The Common and Forms of the Commune: Alternative Social Imaginaries,” a symposium held at Duke University, 9-10 April 2009. Through a series of subsequent exchanges, the authors have revised and expanded on the original transcript, the result of which is the text that appears in this issue. Arianna Bove translated Toni Negri’s section of the conversation from Italian.

Posted by Oread Daily at 2:58 PM No comments: