THE LAWSON FILE: WHAT THE HELL IS GOING ON AROUND HERE? 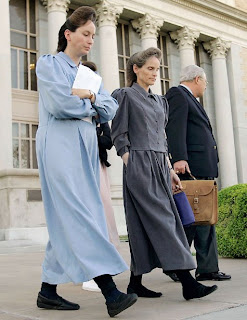 Rick Coddington, whomever he may be, believes something is very wrong.

I agree with Rick.

He may be a right wing libertarian nut, but he is still on to something here.

Rick writes about a world gone mad in his small town newspaper column.

If you read the daily papers and you don't think we're losing our bearings, well, then I don't know what to tell you.

Rick in his opinion piece, which you can read below, cites some things which he thinks demonstrate the insanity around us.

Now Rick and I would no doubt disagree, for example, on the issue of abortion and a whole lot of other things he writes about, but still...Rick I hear ya'.

Rick, I guess, can't really cover everything and he fails to mention some stuff that, well, leaves me with my eyes twirling.

Rick leaves out what I would consider the insanity of a war where thousands die in order to, at best, establish an Iranian style theocracy in Iraq. That strikes me as absurd. Does it strike you that way, Rick?

Or how about the law that allows a judge to take away the home of the PARENTS of a drug dealer even though no one can show they knew anything about their kid's nefarious activities? I read about that just today.

Or what about the Kansas legislature passing a bill this week to insure that those who pass a background check can own a machine gun...a machine gun? It's not even like the laws in Kansas didn't already allow that, but the legislature just wanted to make sure. You can't be too safe.

And how come those women in the Fundamentalist Church of Jesus Christ of Latter Day Saints down in Texas, on top of everything, else wear those,uh, dresses? And how about that wild hair style they sport? What's up with that, Prophet Jessup?

It's a bizarre world in which we live.

Maybe that's why Bush and those like him seem to be doing all they can to insure the advance of global climate change. Maybe they just can't stand all the craziness and theirs is really a clever plan to end it...once and for all.

The following is from the Mountain Mail (down in New Mexico).

We Are Desensitized To The Absurdities
The Right Side

SOCORRO, New Mexico (STPNS) -- The world is nuts. Look at the things that are happening around us; it’s chaos.

Here are a few headlines to illustrate my point – Philadelphia (the city of brotherly love): “Police say a 64-year-old woman found dead in her home Friday was killed by her roommate over ‘the proper way to wash a glass.’” Proper?!

From Denver: “Parents argue over which gang their four-year-old son should join. A fight about the decision led to a public disturbance with the father’s arrest. Joseph Manzanares went to the video store where his girlfriend worked, threatened to kill her and knocked over several video displays. The girlfriend, who is black, is a member of the Crips, while Manzanares, who is Hispanic, belongs to the Westside Ballers.”

And then there’s the Wisconsin alderman in jail for shaking down business owners for bribes in exchange for city licenses, for buying votes and for conspiring to have a man beaten. Taxpayers have paid him more than $67,000 while he has been in jail because since he has not been convicted, he rem ains on the city payroll as an alderman. That’s insane.

Or how about the New Yorker who has now been arrested 53 times for molesting women on the subways? Authorities say, “It is a fairly common crime on subways in New York.” (53 times???) But the story that takes the cake is the one that claims the first man is now going to give birth. That one really confused me, since the necessary plumbing for the project just doesn’t exist in a man.

If you look behind that headline you find that the ‘man’ is a man only in the politically correct definition of the word, being in fact a woman who has undergone medical procedures to “become” a “man.” Of course, we have been indoctrinated with the mantra that people are now being “born into the wrong body” and that we shouldn’t bat an eye about such things for fear of being labeled “intolerant.” Instead, we are commanded to think that such people, after a life of being thus wronged by birth, are just made to be their true selves by surgery. Without going into that, my question of this “man” would be: If you think you should have been a man, and after having suffered from being born a woman and the surgeries to change that, why did you now have yourself artificially impregnated? That is definitely not a “man thing,” uh, dude?

Maybe these things prey on my mind more than they should, but I find myself living in this crazy world and all joking aside, I believe these are indicators of much deeper and very serious problems. Some may say these things are of no great significance. So what if a woman is murdered over glass washing, or if a four-year-old is condemned to become a gang banger, or if molestation is “fairly common” in New York subways, or if politicians get paid while being in jail, or even about the woman/man/woman thing? What’s the big deal?

Here’s what: We as a nation have become desensitized to the point that we just take everything in stride. How much are we to tolerate? Even huge tragedies fade quickly into the mire of the daily rat race. Last week we looked at the fact that 10 million American black babies have been aborted – 35 percent of their population.

How can such things be ignored? America has totally lost its way. We have become callous from the daily chaos of the last 50 years. We have been indoctrinated to believe that politically correct newspeak is a sign of intelligence. If we are upset by things, we are ignorant or intolerant. According to Barack Obama, (we) “get bitter, … cling to guns or religion or antipathy to people who aren’t like (us) or anti-immigrant sentiment or anti-trade sentiment as a way to explain (our) frustrations.” So if we don’t like the way things are going, we are deficient in the eyes of the elitists? So what is my point in all this? In the upcoming columns I’m going to suggest to you where America went wrong so that maybe we can change things. Stay tuned.


Rick Coddington is a third-generation native New Mexican. He attended UNM and studied political science. He has lived in Socorro since 1974. His opinions do not necessarily represent the Mountain Mail.
Posted by Oread Daily at 4:51 PM