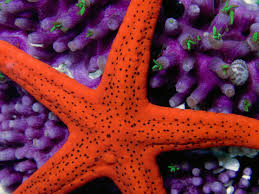 A socialist Turkish hacker bunch, RedHack, affiliated with Anonymous has been targeted in Turkey as a terrorist group and several persons allegedly associated with the grouplet were this week sentenced to up to 24 years in prison.  RedHack denies that those sentenced were actually a part of the group.

RedHack has claimed credit for attacks on websites belonging to the Turkish Football Federation, the National Intelligence Organization, the Scientific and Technological Research Council of Turkey, the Land Forces Command, the Air Forces Command, Turkish telecommunications mega-corporation Turk Telekom and several other institutions


There is very little information about the group. It's not known how many members it has, or whether someone is in charge, or where exactly the group is located.

One of the terrible things RedHack has done is to hack some milk companies' websites.  This followed hundreds of children being poisoned by spoiled milk given them in school.  In response to threats the government would ban abortion, they hacked the Ministry of Family and Social Policy. They may terrorize some, but they aren't terrorists.

In an article on Turkish hackers in Deutsche Wille,  Ozgur Uckan, a professor of economics and political science at Istanbul's Bilgi University, explains that snuffing out hackers is much more difficult than stopping a political organization. Hacker groups, Uckan explains, are not like spiders - they are like starfish.

And according to Uckan, their contribution to society is not to be underestimated. "Without hackers there is no progress at all, there is not technology at all," the professor says. "Because curiosity is imagination, and imagination is free."

The Turkish government announced to much fanfare a new effort to secure its online infrastructure late last summer.    RedHack laughed it off and said amongst the new 120 member team were "friends."  A member of RedHack told Hurriyet Daily News in August:

Some of the engineers appointed to this anti-hacker team are our friends. On the other hand, fighting against an ‘army’ of 150 engineers will be good for our own education...


RedHack consists of 12 members and has millions of supporters, as against the government’s team of 150...

We can change our tactics from now on. Maybe we will attack and [publish messages] on government web pages in French; then they would hire some French teachers, too.


RedHack is here today, gone tomorrow. The RedHack team could be dispersed in a couple of months. Who knows? Are we going to end our work then? Of course not, we are designing our projects systematically now.


We have existed since 1997. A bunch of inexperienced engineers cannot fight a group like us.  Those who have been appointed to the institution know us well, but they could not manage to blow our cover. There is no doubt that the anti-hackers they educate will not go far beyond hacking Facebook accounts or messenger programs.

I don't think the Revolution is going to be made on the internet, but I do think that hacker groups like RedHack are a thorn in the side of the world's governments, global capital, and the Empire itself.  They expose and help to delegitimize their institutions.  These groups are a self created form of resistance right out of the multitudes themselves.

More power to em...
The following is from yesterday's Hurriyet Daily News.


Ankara Court has accepted an indictment against RedHack, a Turkish hacker group, seeking prison sentences of 8.5 to 24 years for its members as “members of a terrorist group.”


RedHack has denied the allegations, saying 10 people currently being tried have no ties with the group and that the allegations of terrorism are simply part of the government’s policy against all of its opponents in the country.


“We just demand freedom and unlimited information. That’s why they call us terrorists. Those 10 people have no ties with us; they are only innocent people who shared the news [on online platforms] about us,” a RedHack member told the Hürriyet Daily Newsyesterday via instant messaging over Twitter.


The indictment likened Redhack’s activities to those of such outlawed leftist organizations as the Revolutionary People’s Liberation Party/Front (DHKP/C) or the outlawed Kurdistan Workers’ Party (PKK).


Because RedHack is a socialist group, it expects to be linked with leftist organizations, said the RedHack member who spoke to the Daily News, but he also denied that the group is armed.


“Who is not a terrorist these days, then? If you have a pen, you are a terrorist according to [the government],” the RedHack member said.


The prison sentences the prosecutor requested do have a legal basis because the group’s attacks have targeted governmental websites, a lawyer Yavuz Mavioğlu of the law firm ADMD told the Daily News.


“When political hacking attacks were taken into account under Turkey’s present anti-terror laws, there was no doubt that suspects could receive long prison terms,” Mavioğlu said.


RedHack has attacked government websites and leaked information from them, and was previously listed as a terrorist group by the Turkish government. On July 3, RedHack revealed the identities of some foreign diplomatic personnel working in Turkey. The U.S. mission in Ankara condemned this action, and a prosecutor requested on July 6 that the group be listed as a terrorist organization. The group’s Twitter accounts were suspended immediately afterward. RedHack went on to disclose the identities of police informants, after academics and journalists who supported the group were threatened on July 16. A list of military personnel stationed at the Turkish military’s 2nd Commando Brigade was also exposed by the group on June 12. RedHack has also hacked the websites of the interior and justice ministries.


Three suspects, Duygu Kerimoğlu, Alaattin Karagenç and Uğur Cihan Oktulmuş, have been held under arrest for the past seven months due to their suspected ties to the group.