MAY I PLEASE GO TO A BATTERED WOMEN'S SHELTER KIND SIR

So, how would you like to justify to eight government officials your need to get into a shelter for battered women?


From the New York Times. 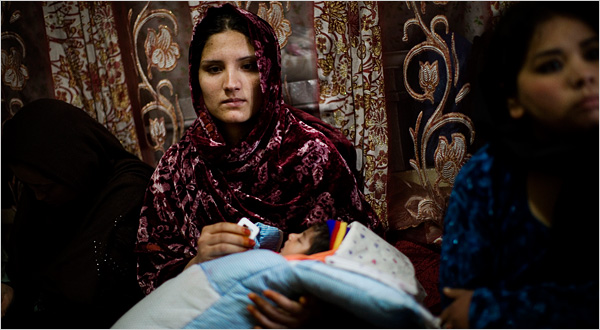 Christoph Bangert for The New York Times
Sharifa, 18, with her 42-day-old son Mansour, at the Family Guidance Center, where meetings are set up between abused women and their families in secret locations in Kabul.

Mahtab, 27, with her son Hussein, 1 ½, at a facility run by Women for Afghan Women in Kabul.
Enlarge This Image