CAPITALISM IS NOT AN ALTERNATIVE 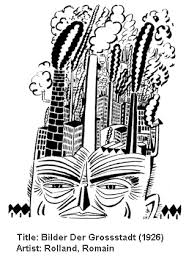 Capitalism will destroy the earth unless we destroy it first.  The race may already be over, who knows, but as long as we are still here we owe to all the species of plants and animals to keep trying.  Below is a link to a   paper that might be of some interest to some of you.  It is too long so I'll just print the abstract here and a link to the place where you can read it.  Unfortunately to do this you'll have to become a Facebook friend of mine and read it as a note at my FB site (here)
or in the alternative Google"The 21st Century Crisis: Climate Catastrophe or Socialism" and check it out yourself.

Dr. Minqi Li, Assistant Professor
Department of Economics, University of Utah
E-mail: minqi.li@economics.utah.edu
Webpage: www.econ.utah.edu/~mli
July 2010, Salt Lake City
Paper prepared for the David Gordon Memorial Lecture at URPE Summer Conference 2010
Abstract
Under the current trend, the world is on track towards an extreme greenhouse state that threatens to destroy the human civilization and nearly all forms of life on the present earth.   Without an end of economic growth, it is virtually impossible for meaningful climate stabilization to be achieved.  However, both capitalist enterprises and states are constantly driven to expand production and consumption.  The climate change crisis is but one of several long-term historical trends that are now leading to the structural crisis of capitalism.  The resolution of the crisis and the survival of the humanity require the building of a fundamentally different social system.
Posted by Oread Daily at 5:19 PM