RALLY IN SUPPORT OF BULGARIAN NURSES 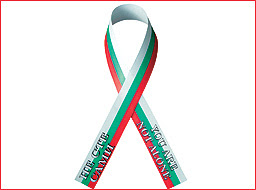 Thousands of Bulgarians from across the country started gathering in front of the National Palace of Culture to stage a major rally in support of the five nurses, sentenced to death in Libya.

The march and rally will mark the eighth anniversary of unjust arrest of five Bulgarian nurses and a Palestinian doctor on charges of knowingly infecting hundreds of Libyan children with HIV. It will be the highlight in a series of events showing the unity of the nation and support of the nurses.

The following is from the Focus Information Agency.

Sofia. A concert in support of the Bulgarian medics sentenced to death in Libya started in Sofia. The presenters reminded the history of the trial against the medics, a journalist of FOCUS news Agency reported. Some of Bulgaria’s most popular singers will express their support through their performances.

The square outside St. Alexander Nevski Cathedral is colored with the Bulgarian flags and flags with the motto “You are not alone”. All police requirements are being strictly observed. Dr. Zdravko Georgiev, husband of detained nurse Kristiana Valcheva, was contacted by phone. He said he was impressed by the fact that so many people had joined the rally. He thanked all for the support. Some of the people present were wiping their tears. They chanted “Freedom”.