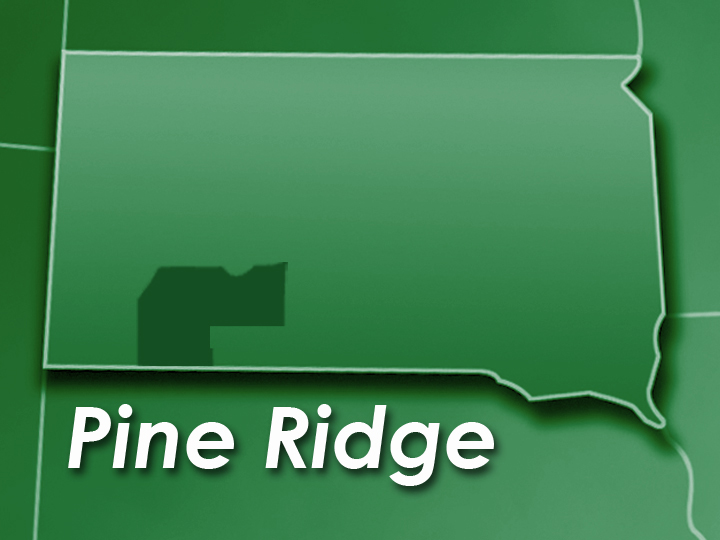 I don't know.  I just don't know.  Have you heard about the non-Indian Tribal Police officer (don't even ask me) who repeatedly tasered a helpless  Lakota man lying on the ground and the official story is she was trying to get the man "to wake up and stand up."  This took place the other day in South Dakota on the Pine Ridge Reservation.

Hello, where am I?

The incident was caught on camera by a passerby who taped the officer repeatedly zapping the man who appears to never resist, defend himself or make any threatening moves. Chuck Drago, of Oviedo, Fla., who has 35 years of experience in law enforcement and has testified as an expert witness more than 30 times told the Rapid City Journal the rather obvious.  He said using the shocking device is exactly the wrong way to get someone who is unconscious or lying down to stand up and respond to orders.


You can't resist if you're unconscious. If the person is not resisting there is absolutely no reason for force....


Drago added,  using a Taser to get an unconscious, unresponsive person into a vehicle is not a valid tactic "in the wildest stretch of the imagination."  He said rather than taser an unconscious non resisting individual a police officer, "should have been calling for an ambulance."

Ron Duke, chief of the OST Department of Public Safety, says the officer only used the taser five to ten times.  Say what?  Witnesses say the number was really more than a dozen.

Death and Taxes reports on the video showing what happened:


Officer Becky Sotherland, 32, of the Pine Ridge tribal police screams at a man to get into her vehicle as he lay on the ground helpless and handcuffed.


The man, incapacitated, unresponsive, and unable to get into the vehicle, is hit with a stun gun repeatedly as Sotherland yells at him to get in the car threatening that, “It’s gonna get you again,” referring to the 50,000 volts of electrical current delivered by the taser.


Sotherland continually brutalizes the man until finally horrified onlookers begin yelling for the assault to stop, telling the officer they will help get the man into the vehicle themselves, as they are disgusted at the scene taking place before their eyes.


Sotherland obviously wasn’t using the stun gun as a means of defense, as the man is laying helplessly on the ground handcuffed, rather she is using it as a means of sadistic punishment in an attempt to motivate him to get into her police cruiser as she is seemingly too lazy to simply put the suspect into the cruiser herself.

Another view of the video comes from Jeffrey Whalen in an opinion piece for the Native Sun News.  He describes it like this:

The scene appears to be on the Pine Ridge Indian Reservation somewhere in the Wounded Knee District where a dark blue tribal police SUV is parked in the driveway of a HUD home in a housing project. There is a police officer who appears to be a white woman with bleached white hair who is standing on the sidewalk at the end of the driveway near the home. Her name is Officer Sutherland. She is dressed in her blue police uniform and is holding a Stun Taser gun and has just shot a male Native American with it. The male Native American is lying on his side and on the ground between the sidewalk and the Police SUV. He is unable to move and is still hooked up to the Taser’s wiring.

Someone in the crowd says; “This is about the 13th time they used the Taser on him. We’ve been watching for about a half an hour.” The person with the camera scream’s at the officer; “Stop Tasing him! Help him up! One of you boys go over there and help him up! His is just slobbering, they Tased him like 20 times now!”


It seems like every time I write about the Pine Ridge Police Department some officer comes to arrest me for some dumb reason. This time, it doesn’t matter. I’m going to continue to report it the way I see it because what has happened with the Taser is flat out wrong and is a life threatening situation for the victim. This woman officer needs to be arrested for attempted murder.


Officer Sotherland recently was complaining about the "lenient treatment"  of intoxicated Indians on the Pine Ridge Reservation.  She is quoted on MSNBC as saying,


They go into detox or a holding cell for 8 hours then get an hour of community service, Sometimes they’re out before your shift is over, causing trouble.

Let's go back to the opinion piece by Jeffrey Whalen:


The President of the Oglala Sioux Tribe Bryan Brewer weighed in on Facebook as well. His message reads; “Good morning, this message is to our people who live in the Wounded Knee district and the Pine Ridge reservation. Officer Sutherland has been placed on suspension until further investigation. This investigation will happen very soon. The video camera she carries has yet to be reviewed. I will notify the people when further action is taken. Wopila.

Another post is from Mary H. Young Bear, “Good morning Mr. President. Thank you for the news of Officer Sutherland. That was absolutely police brutality. She abused her power and authority. No one should be above the law. She is very dangerous to the citizens of the reservation. She shouldn’t be allowed to go to another district. Wopila tankan!”

The entire reservation Public Safety system is in shambles and is in dire need of repair. The officers drive through town at neck breaking speeds, totally ignoring the safety of the general public. They harass anyone who they have personal issues with and they disregard the rights of the citizens. Officer Sutherland represents every one of the reservation police departments and their lack of concern, professionalism and sympathy for the very Oyate that they serve is atrocious.

We have been living under the violent rule of the tribal IRA government for too long and its time for the Oyate to rise up and be heard.

Officer Sotherland is on paid leave while the FBI and the BIA investigate.

What can I say?

It's morning in America.

You can see the video here.

The following is from Indigenous Resistance. 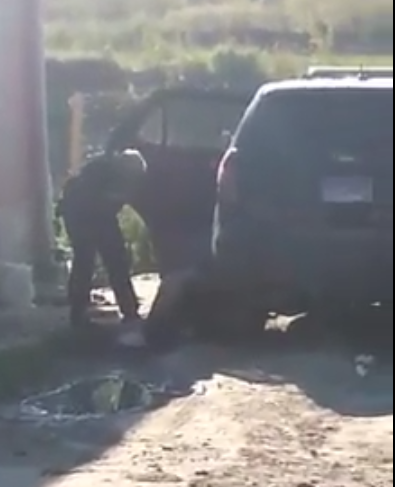 Officer Sotherland claimed she was trying to wake the man up by repeatedly tasering him.
The Lakota man, 32, from Manderson, survived this police attack. However, more than 540 people have died as a result of being tasered.
The repeated tasering by this officer also magnifies the problem with poorly-trained, non-Indian police officers on Indian lands.

While some non-Indian officers on Indian lands are poorly-trained, or simply lacking in common sense, others are racist and mean, repeatedly carrying out excessive force.
According to MSNBC in a previous article, Sotherland is white and not a tribal member.

Sotherland, 32, is somewhat of an oddity on the force and the reservation. Unlike most of       her colleagues, she’s not a member of the tribe. She’s a blonde-haired, blue-eyed, former       hair salon-owner, former city coroner who describes herself as a “white mutt.”

The video of the tasering attack is available on Facebook. It has been shared 4,511 times since the police attack occurred on Friday.
https://www.facebook.com/photo.php?v=756477774413582

The Rapid City Journal, known for its bordertown journalism, failed in its coverage of this crucial incident.

The Rapid City Journal says the man was tasered "several times" by the officer.
Last Real Indians, however, shared Sis Cliff's video of the incident on Facebook, and said the man was actually tasered 10 to 20 times.

Watch the video and listen. It is not several.

Further, the Rapid City Journal goes from bad to worse with its coverage of this police abuse. The Journal continues the typical media response of covering up for police abuse with a second story on the officer's "good record."

Check back for updates
Posted by Oread Daily at 4:10 PM