And it just keeps going on...damn! 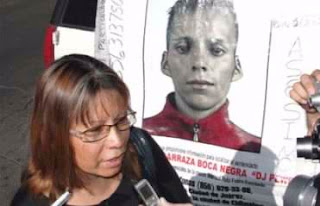 Chihuahua, Chihuahua, Mexico - On Friday, hundreds of people gathered near where a mother asking for justice for the murder of her 16-year-old daughter was killed Thursday. Protesters are demanding justice and for the Chihuahua state attorney general's office to catch the killer and persons involved in her murder. They vowed to continue to seek justice for both victims. (Protest video:http://bit.ly/eejhld)
On Thursday, a nurse turned activist after her daughter's boyfriend killer was absolved of all charges had been fatally shot while seeking justice outside the Chihuahua's state government office building at the capitol in the city of Chihuahua. Carlos González, spokesperson for the Chihuahua Attorney General's office confirmed on Friday, that Marisela Escobedo Ortiz, 52, was gundown by an unknown suspect just after 8:00 p.m. on Thursday in front of the state government building.
At least two gunmen showed up in a white car at a regular protest Ortiz had organized. She was trying to place a large wanted poster of alleged killer Sergio Rafael Barraza Bocanegra, 22, aka, "DJ Pewe," and a poster demanding for state authorities to investigate her daughters death.
In June 16, 2009, Bocanegra had confessed and asked forgiveness for Rubi Marisol Frayre Escobedo, 16, murder in September 2008 in Ciudad Juarez. He even took authorities to where her dismembered body could be found at a hog farm.
On April 20, 2009, Ortiz had offered a $1,500 dollar reward for information leading to the arrest of Bacanegra. A tip led authorities to Bocanegra whereabouts in Fresnillo, Zacatecas.
But shortly after, Municipal Judges Catalina Ochoa Cervantes, Netzahualcóyotl Zúniga and another judge absolved all of Bocanegra's charges and set him free. Afterwards, a state warrant was issued for his arrest and had been eluding capture for two years.
Bocanegra is believed to have joined Los Zetas Drug Cartel.
Just last April, a panel of judges concluded that Judge Ochoa erred in dismissing homicide charges against Bocanegra. Chihuahua Governor César Duarte said on Friday in an interview with Televisa Primero Noticias, that he will act immediately to remove Judge Ochoa and the two other judges for dismissing the case against Bocanegra. Duarte will also push for the judges to be charged for illegaly dismissing the case after Bocanegra had confessed and was considered dangerous to the public, if allowed to go free.
Governor Duarte said, Ortiz had turned in to authorities a letter hand written by Bocanegra asking for forgiveness from Marisol and confessing to her homicide. Neighbors from where Bocanegra lived found the discarded letter in the trash and gave it to Ortiz, according to police.
Ortiz had told authorities, that her life had been threaten by Bocanegra and his family.
González says, the assailant argued with Ortiz' brother first and then chased Ortiz from the Plaza Hidalgo, who was trying to take refuge at a building across the street. But the assassin shot her at least three times, including a fatal shot to the head at close range. Ortiz later died at a nearby emergency clinic.
A surveillance video from the Chihuahua's state government office building at the capitol was recovered showing Ortiz's murder. (Building video of chase and murder: http://bit.ly/h9EKBP)
During the day before her death, Ortiz had met with state authorities to continue her push seeking justice for the murder of her daughter. 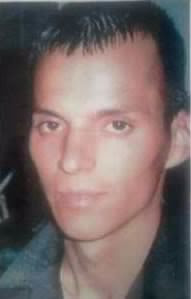 Sergio Rafael Barraza Bocanegra, 22, is wanted by both the state and federal Attorney General's Office (PGR), Mexican military, and the Federal Police in connection with the homicide's of Rubi Marisol Frayre Escobedo, 16, and Marisela Escobedo Ortiz, 52. Photo Chihuahua state government
News video in Spanish confirming Marisela Escobedo Ortiz had been shot outside the government capitol building in Chihuahua http://bit.ly/gAWT9I
Posted by Oread Daily at 5:25 PM