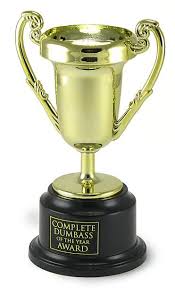 Okay, gang, how about some good news? It seems there is this Connecticut racists by the name of Kevin Morris. The other evening Kevin decided to have a few drinks and go propagate some anti Islamic hate (which, of course is all the rage these days).So Kevin headed down to a local hookah bar. Damn, they must be some of Muslims there, he probably thought. There were several things that went awry with Kevin's plan. First, the hookah place wasn't owned or operated by any Muslims. Second, those hanging out there turned out not to be a bunch of liberal pacifist hookah smoking types.

The crowd took umbrage at some of the things Kevin had to say and beat the crap out of him.

Then, to top it all off, the local gendarmes came and arrested him.

The following is from the One People's Project.
ISLAMOPHOBE GETS HIS IN CONNECTICUT This Labor Day Weekend, we at One People's Project would like to remind all neo-Nazis, white supremacists, conservatives and other assorted bigots to drink responsibly. Alas, we kinda sorta forgot to remind you all at the beginning of the weekend, so instead we get to show you what not doing so got a young, drunk Islamophobe named Kevin Morris. He spent some time in the West Haven, CT. hoosegow because he decided to start some racist crap in a local hookah lounge thinking is was owned by Muslims. Of course with all the agitation against mosques and other Islamic establishments being built around the country, coupled with attacks on Muslims and the sites of proposed mosques, this clown must have thought it might be a good idea to spark something in town his own special way. There were a few hiccups with that plan however. One, it wasn't Muslim-owned, two, he was trespassing, three, those inside were a little pissed about such an attempt and their response provided us with what you see in this mugshot - which the West Haven Police provided him with after they busted him for ethnic intimidation. In other words, he got arrested for getting his ass kicked! In the next few weeks you are going to start hearing the whining from the right about mosques being built to peter out because people are not supporting this kind of hatemongering, especially since with the recent acts of violence the Islamophobes are the ones who have been acting more and more terroristic. Mr. Morris might have just put all of that on the fast track!

As we've been reporting, there have been a flurry of incidents around the country in recent weeks in which people have tried to intimidate or attack American Muslims or people they believed to be Muslims. But along with these ugly incidents there have been a backdrop of no less unfortunate cases of people who seemed to want to commit a hate crime but were either too drunk, too stupid or too disorganized to pull it off or even give a really clear idea of what they were trying to do.
Meet Kevin Morris, 31, of West Haven, Connecticut.
Last Thursday Morris swaggered into the Fire & Ice Hookah Lounge on Campbell Avenue in West Haven. Just what happened next isn't entirely clear since there appears to be only one press account of the incident -- and that one limited in detail. But after entering the Lounge, in the words of Amanda Pinto of the New Haven Register, Morris began "shout[ing] profanities and racial epithets at a group of black and Arabic people."
Pinto doesn't say what the epithets were. And it's not entirely clear what the clientele is or what kind of place the Fire & Ice Hookah Lounge is. But one thing's clear: it ain't a mosque. And while Middle East-themed and seemingly patronized by at least some people of Middle Eastern descent, the presence of the belly dancers, "Gina" and "Katie," who perform on Friday evenings, suggests that if it caters to Muslims, it's not for the particularly devout. (Not that there's anything wrong with that. It seems like a fun place. Here are some pictures of recent evenings at the Lounge.)
In any case, Morris comes into the Lounge shouting his epithets, apparently really drunk and at some point tries to grab the bartender by the throat or strangle him or something. But things did not go well for Morris. The folks in the establishment were not interested in that kind of an evening and proceeded to administer Morris a serious beating. As Pinto put it, Morris "was punched in the face by at least one of the people he was shouting at" and when police finally arrived he was "bleeding profusely from the face."
Morris was treated at Yale-New Haven Hospital and charged with 3rd degree intimidation due to bias and 2nd degree breach of peace. He is still in police custody.
Posted by Oread Daily at 3:45 PM