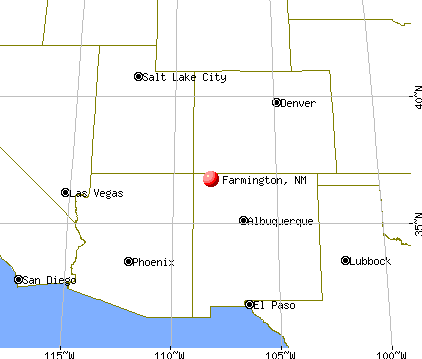 Three New Mexico men have been charged with branding a swastika on a mentally challenged Native American. The suspects are also accused of shaving a swastika symbol on the victim's head, and writing degrading words on the victim's body. A search of the suspects' apartment turned up evidence that the men are involved with white supremacists.

The following is from the Daily Times (Farmington, NM).

FARMINGTON — The District Attorney's Office is pursuing hate crime charges against three men who were arrested Friday for branding a mentally challenged man with a swastika symbol April 29.

"We haven't identified this as a gang-related crime, that is still under investigation," Perez said. "But they appear to be associated in some fashion to the white supremacist movement."

Police believe the men heated a wire hanger fashioned in the shape of a swastika to burn the victim's flesh. The suspects also are accused of shaving a swastika symbol on the back of the 22-year-old victim's head and drawing degrading pictures and words on the man's body with red and black permanent markers, Perez said.

The words White Power were written on the back of the victim's neck and two horns were drawn with red marker on the victim's face above his eyebrows, in addition to other derogatory words and pictures, according to court records.

Video and photographs taken on a cellular phone recorded the incident.

Police took the victim to San Juan Regional Medical Center, where he was treated and released. The degrading speech and pictures were washed off by hospital employees and a local barbershop cut the victim's hair was cut to remove the swastika, Perez said.

Investigators believe the victim, from Navajo, was coerced into a vehicle and taken to an apartment on 28th Street.

The victim, at one point, was asleep on a couch when the suspects drew on him. An electric beard trimmer was used to shave the swastika into his hair, according to court records.

The three men, after the incident, kicked the victim out of the residence, according to court records.

Police obtained search warrants to search the apartment and vehicle. Insignia associated with white supremacist beliefs were found in the apartment, Perez said.

Sanford told police April 29 the victim came into the McDonalds restaurant on East Main Street, where the three suspects work, looking for a place to stay. Sanford claimed the victim, who wanted a haircut and a tattoo, "wanted the swastika design because it was a tribal symbol," according to court records.

Officials are calling the incident a hate crime.

"We'll explore every conceivable available avenue in charging them with a hate crime because what happened to the victim was so horribly wrong," said Chief Deputy District Attorney Sarah Weaver.

The hate crime law in New Mexico results in a sentencing enhancement of one year for each charge. The suspects face 351 2 years in prison, including a mandatory 18 years for the first-degree felony kidnapping charges, if convicted of all the charges and the hate crime enhancement.

Beebe faces an additional 18 months for the tampering with evidence charge.

Federal charges may be filed.

"The U.S. Attorney's Office is very interested in taking the case," Weaver said.

The New Mexico Crime Victims Reparation Commission, a state-run program which provides a variety of services to victims of crimes, will help the victim with any medical, emotional or psychological issues that come about as a result of this crime, Weaver said.

Farmington Police Detectives also spoke with a plastic surgeon and are trying to make arrangements to have the damage to the victim's right bicep removed, Perez said.

Sanford was being held at the San Juan County Adult Detention Center for misdemeanor charges related to a motor vehicle crash at the time the warrants were issued. Beebe and Hatch were arrested Friday night. All three men are being held on a $150,000 cash-only bond.
Posted by Oread Daily at 3:22 PM