MEMPHIS AREA COPS HAVE A PROBLEM 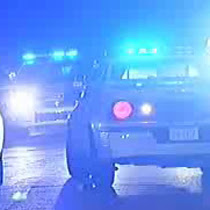 It sure is a busy week in the Memphis area.

On Monday a group organized a buying boycott in West Memphis to protest the city's poor reaction to the police shooting of a twelve year old black child, DeAunta Farrow. Of course, the kid was armed with a toy gun. (See story below for more details).

Oddly enough, or not so oddly, on Tuesday the mother of a teenager who was shot and killed by a Memphis police officer 20 years ago was back in court fighting for justice. Faye Black and her longtime attorney Ernest Jarrett appeared at a hearing Tuesday, July 10, 2007, related to their civil suit against the City of Memphis.

December 1987, Marcus was killed at the Palomino Hotel. He was playing with a toy gun, but Officer John Dolan, thought it was a real. He fired his rifle.

Young Black tried to tell the officer it was only a toy. His momma said after her son dropped the gun and put his hands up, Officer Dolan shot and killed him.

"It's been nineteen years. I don't care how ever long it takes. You never get over losing your baby." says Black.

By the way, Faye Black said her heart goes out to DeAunta Farrow's mother and she hopes the Farrow family will get the justice she's been denied all these years.

But wait, we ain't done with Memphis yet.

Also on Monday, protesters took to the streets and rallied around the Criminal Justice Center in downtown Memphis in support of five people who claim police officers got physical with them.

WMC-TV reports the protest stemmed from an incident in which the owner of the Nappy by Nature store claimed that he and his wife man-handled by police. Sefu Uhuru has marks on his arms to back his claim. He says a Memphis police officer put them there before pulling his wife's hair.

"He pulled my hair out and pepper-sprayed me like he was spraying on the wall," says Aza Basha Uhuru.

"Let us serve as an example for the rest of the community--stand up when you know you are right," says Uhuru.

Three other visitors to the store also made similar charges. The owner's wife was scheduled to appear at a hearing regarding the charges.

ABC24 in Memphis reports Todario Harris is another one of the five people who say they were attacked and illegally arrested. He says he and his friend J’malo White were listening to CD’s in a car parked in front of “Nappi By Nature” when a pair of Memphis police officers blocked them in. Harris says one officer said, “You look like you’re suspicious, you look like you’re out of place.” He says he and White were then assaulted.

That’s when “Nappi By Nature” owner Sefu Uhuru says he pulled up in front of his store to see his friends with police. Uhuru says, “I saw J'malo White’s pants were down around his ankles. I'm like, ‘What's going on?’ and immediately the officer turned around to me and started cursing, ‘Don't walk you black so and so and so behind me’.”

Uhuru says he then started to walk into his gift store to find his wife AzaBasha. She says she saw her husband start to walk inside, then “I see this guy just going for my husband so I scream out, ‘Oh my God! Oh my God.”! Sefu Uhuru says, “So I turned and immediately I see this officer reach for my neck and he has his handcuffs in the other hand almost like brass knuckles.” Uhuru says the officer began beating him. He says, “You can still see this permanent band on my arm where he was dropping the cuffs.”

The Uhurus thought their nightmare was over when the officer abruptly walked away. They called 911. However, Sefu Uhuru says, “Both officers come back in, slapped the phone out of my hand. Both of them are trying to start attacking me at this point.” He says one officer reached for his pepper spray. The couple warned the officer that Sefu has asthma. Pepper spray could kill him. AzaBasha says the officer was not happy about the warning. She says, “The next thing I know he's spraying me and snatching my hair out of my head.”

Harris and the Uhurus say other police officers showed up. Harris adds, “You would have thought we're the Columbian cocaine drug cartel there were so many police cars out here.”

The Uhurus, Todario Harris, his friend and his friend's aunt who tried to stop police say they spent about four hours inside squad cars. Harris says, “From their initial stop and accosting us five people went to jail.”

All five face charges, like resisting arrest. They all believe the incident happened because they are black. Sefu Uhuru says, “It was all white males brutalizing my self and my family. “ Harris adds, “It's definitely racial profiling. They (police) had no other reason to stop.” Sefu Uhuru says, “Some people like to say it (racism) doesn't exist, but it exists.”

SCLC organizers who helped get together the protest mentioned above said,

"We want the community to know that we support agressive policing however we are totally against excessive policing ah and these young people are people who have reached out into the community to help get people out of gangs to do positive things and they have been harassed and they were brutalized and this is racial profiling at its worst," said Rev. Dwight Montgomery.

Police records uncoverd by another local TV station show that Officer Billy Gray, one of the cops accused, has a long disciplinary record.

And now, more people are coming forward saying they too were attacked by the same two Memphis cops, accused of racial profiling and assault. George Burks says he feels the pain of the two young men parked in front of the Nappy by Nature Hair and Cultural Goods Store because just two and a half weeks ago he experienced the same thing. Burks says that on June 8th what should’ve been a routine traffic stop was anything but.

“I was going southbound on Getwell. I got pulled over by officer gray and Grigsby.

Burks says he too was the victim of police brutality, by the same police officers accused of racial profiling and assault outside of this South Memphis store.

“He was talking so bad and so aggressive to me, he didn't act professional at all and he was cursing at me every time I opened my mouth to explain...he was cussing me out so bad, he made me feel less than a man, he violated my rights and I was mad.”

So Burks filed a complaint...and he's urging anyone who feels like a victim of police brutality to do the same.

“I feel their pain and I understand what they're going through. What they do is hide behind the badge because they're police officers, they feel above the law.”

The following is from ABC 24 in Memphis, Tennessee.

Some businesses in West Memphis, AR may feel the pinch of an economic boycott on Monday, July 9, 2007.

A group calling itself Concerned Pastors and Citizens of West Memphis organized a "No Buy Day" to protest the city's handling of the Deaunta Farrow death investigation.

The 12 year-old boy was shot and killed last month by a West Memphis police officer who mistook a toy gun for a real one.

"You know there's a boycott today, right. You're not supposed to spend any money in West Memphis today," Jimmy Stuckey told black patrons outside a gas staion on Broadway. Sometimes it worked and the customers left emptyhanded and sometimes customers ignored the call to action.

Stuckey told Eyewitness News Everywhere the boycott was an effective way for blacks to show they have buying power in West Memphis and to remind elected city officials they are beholden to the voters. Stuckey said he and many others were disappointed with the lack of communication about the facts of the shooting and fed up with police brutality in the black community.

Organizers of the boycott said they planned to continue it for the remaining Mondays in July.
Posted by Oread Daily at 3:20 PM